I'd come from a simple land. My home had been Nokia candy-bar phones--rugged numbers with intense battery life and a raft of little features (timers, alarms) that don't sound like much but sure made my cooking projects a little easier.

Then came the last days in May a sojourn into Motorola country. The Motorola COMPLTGAYWAD MOTOACTV sounded like sex itself. The box was...alluring.

The MOTOACTV blends a rugged style, added durability and desirable features to create a handset perfect for an active lifestyle. 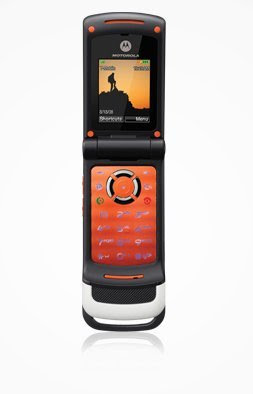 I'm active! I don't want anything more than I want desirable features! I think everything should have durability added to it! Stylish is my favorite kind of rugged and vice versa! THIS PHONE WILL BE FUCKING PERFECT! 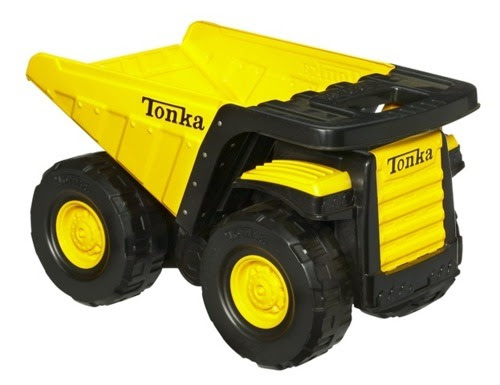 This phone was not fucking perfect. The Motorola W450, as I will call it, on account of every time I type MOTOACTV, a little more blood leaks out my eyes, though it's worth noting that the phone's camera anyway thinks that it's in a phone 395 which is 55 worse than a 450 and what in this sodden universe of HATE am I paying for here, 395 phone units or 450 of them? offered a music player, a camera, an SD card slot for expansion--and it looked like a Tonka truck! At the time, sitting at work and caressing my credit cards, it was difficult to see how this could possibly go badly.

This did go badly.

The second I took the unit out of its box (TWSS!), I thought "this hinge feels flimsy". My fantasy about carrying one less thing, using the phone as my mp3 player was thwarted in three separate ways--a lot, even for one of my fantasies.

I had to carry a charger at all times. Otherwise, I might well find that my phone had died in the time it took me to unplug it, ride to work, and then put in a standard genius' day of genuising. The order form claimed the box'd contain an SD card: this was a fucking lie by cocksuckers misunderstanding on my part, as no such SD card was provided. So I had to part with a few more shekels.

I did use the shit out of the camera, generating hundreds and hundreds of grainy, reddish snapshots.

In general, though, my jaunt thru Motorola country was a trip marked by anger at lack and limitation. The promised features underdelivered spectacularly. Without the Nokia geegaws, the timers and alarums and stopwatches, the phone didn't help me cook, with shit battery performance, it stranded me, with unusable "extras", it taunted. A gummy, unresponsive keypad made texting a chore (tho' I did perservere).
Everything about using the phone was, I thought, a slog. So one day I lost all restraint and rolled to the Phone Store and dropped three hundred of my own dollars on a new phone. Cash on the barrelhead got me my first smartphone. 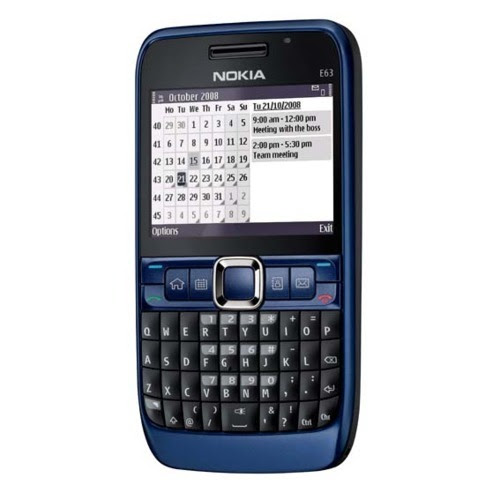 It's a Nokia E73--bascially a Blackberry knockoff. I installed a Twitter app that very nearly works and set up my email, I used the really quite great keyboard to pound out scores of usually unanswered emails, I marvelled at the work-week battery life, and gazed fondly at high-quality pictures I took while women gasped and wanted me and men grunted grumpily and wanted to be me. I freely downloaded podcasts and saved them to the enclosed and included SD card, and listened to them with my normal headphones.

I've read .pdfs on the fucking thing--happily. The calendar has been one of the most useful additions to my adult life ever and I haven't even mentioned the web browsing or the terrific map feature (it works offline! Sorta!).

So why am I writing this with the E73 slung into a corner of the room & the W450 parked on the couch next to me?

Because I'm on a dumbphone vacation. Sayonara, Twitter. Email? See you when I'm at a computer. Maps? Hope I remember to shove the paper ones in my bag before I leave the house. Texts? I could stand to send fewer of those anyways. I do miss the calendar when I don't have it.

But I have found that the E73 has a dramatically substandard antenna, speaker and microphone. It is shitty at being a phone. I don't talk much on the phone--I sort of hate it--but the E73 refuses 5 calls from my lady for every 1 that it accepts. That is...unacceptable.

Also I'm increasingly maddened by the inescapability of glowing screens. Shows, people look at phones held between them and the band. Lines, people stare at squares instead of getting their money out or making eye contact with the counter worker. Don't even get me started on public transit.

So there's a positive and a negative benefit to my dumbphone vacation. I can make and receive calls better, because the 450 has an immensely stout antenna and speaker--and I think its mic is probably much better, b/c I get a lot less static about noise around me when I'm on that phone. And I can be where I am without constantly conjuring tiny portals to the internet--checking for texts upon waking is bad enough; checking Twitter before I reach for my glasses is wholly worthless behavior.

I'm on my second dumbphone vacation of the week, and I like it. And I'm not alone: life model William Gibson mentioned going back to a dumbphone the other week and linked to a stupid, pretentious instance of "design" as a noun overwhelming the verb-process of designing something. (Am I being hard on the phone? I don't fucking know. Ask yourself: how much fun is it to enter in a number when you can't see the number being displayed. Or how much fun it is to look at a phone's display when it's ringing and not be able to see the button you're supposed to hit to accept or reject the call. Then ask yourself why nobody on the "design" team asked themselves this question. I will answer what you have asked: because this "design" team is a bunch of nincompoops in advertising who previously sold wildly overpriced water in, uh, a funky box, and a really stunningly overpriced tshirt line. They have, like the rest of this worthless world, replaced making good things--fuck you, a tshirt is a tshirt is a tshirt, I have store-brand shirts that have lasted two decades--with branding things of no worth whatever.) And Pierre Idiot Trudeau is making do with a RAZR while he waits out his contract. Back to the John's Phone for a second: those icons for "pick up" and "hang up" make me want to drown a kitten. Cloying. I won't link to them because I hate them.

While the John's Phone is garbage for idiots, the dumbphone vacation is a moderately delightful reality check. I recommend this experience. Yes. I do.

Posted by Fat Contradiction at 2:45 PM No comments: 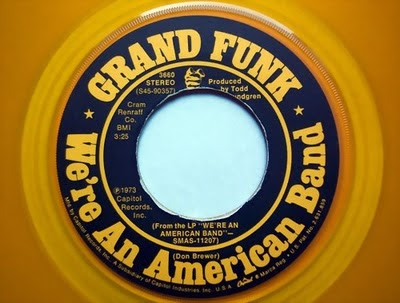 I showed up a little early, because I am not actually late to everything all the time forever. The event: two men from FreeDarko in town to rap about their book, which, if you are reading this, I again implore you to buy. Moved through the door, had to stop instantly behind a stockstill trio of intensely charming dithering old ladies. Scored a bottle of Pabst & a shot of Powers that I most definitely did not need (then or ever) and moved to a stool by the wall to eyeball the little clots and clumps of strangers without talking to them, because I am shy.

I spared the world a live-tweeting, on account of I think fake interactions with absent friends are compelling and wonderful, but so is trying to experience things in solitude. I saw Shoals come in, recognizing him from one or another online photo, but didn't buttonhole him, thereby booting what is likely to be my life's only opportunity to generate an occasion about which I could truthfully say "I buttonholed Shoals". I am an idiot.

Anyways, the venue was chilly and a little noisy, and after a while a bouncer-dude was fiddling with the laptop behind the bar and the lights went all higgledy-piggledy. The lads (Eric Freeman & Shoals) chatted amiably, reasonably well facilitated by the editor dude whose name I didn't catch. They all sat, up on a sternum-high stage, proving by sitting during a performance once and for all that they are jazz men; rockers woulda stood! I taped it. Tape came out okay, I might do something with it (if the FD men don't mind).

I sat next to the nice old ladies. Occasionally one of them would ask me a question--later, she asked Shoals "DOES MY COUSIN J.A. ADANDE HAVE THIS BOOK YET?" It was awesome.

I cackled a few times. High points included a long-running but not convoluted sentence ending with (pause) "I'm done with this sentence" and "a lot of this is just me trying to figure out why I jump up and say 'oh shit' when I'm watching tv".

Eventually all things ended--as ever they must--and a lengthy interlude of HEAVY MILLING was entered into.

I lurked for a while, b/c somebody with a book to sign deserves their spot in line before somebody without (I had my book with me, but don't collect autographs1).2

Eventually there was enough of a clearing that I wandered up & said howdy--Shoals said "I had a feeling that was you, b/c you rolled your eyes at something I said." As I mumbled something about having been working on the assumption that the stage lights would render me invisible, he pressed "Really? You're going to roll your eyes because I said Shaq was unique?"

I told that story to TWBGITW and she laughed hard and opined "You are not good at hiding your emotions."

I HAVE A WORLD-CLASS POKER FACE. 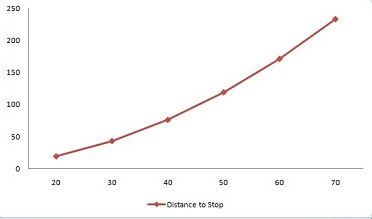 Having won that one, Shoals moved onto chat, I talked too much b/c I was drunk, and he beaked me mildly about a Large Project that I am doing in complete Slow Motion Mode. It is unsurprising that the two have Holding Court on lockdown; if they come to your town, show up.

Shoals laughed his ass off when I told him what I do for a living.3 Then it was time for them to engage in the ancient Japanese marital art of karaoke, time for me to get completely drenched on the ride home. While all this was going on: the 'Melo-less Nuggets slipped past the End-Stage Big Three Celtics;

Good show, FreeDarko. Thanks for coming out!

1I did have Billy Zoom give me an autograph after a show where he killed in 2002. Right after (ahem) I discovered X. 2Why did I bring the book, anyway? I don't know; I brought it b/c you bring your book to the event, right? So it...soaks up aetheric legitimacy? I don't fucking know.

3Confidential to my day job: suck it.

FreeDarko coming to our town to help us party down from the internet.

Posted by Fat Contradiction at 4:46 PM No comments: