I bought the Roger Manning album in maybe 244, at Green Noise Records in Portland—same day I bought Situationist Comedy, if I remember right—and have always liked it a lot. I think it's a secret precursor to the Mountain Goats, with percussive abused acoustic guitar and a high voice keening a lot of syllables, but I've never seen it cited as an influence.

Today, these lyrics from 1992 seem as prescient and depressingly still relevant as the scene from Do the Right Thing where a cop kills a Black man with a choke hold and a neighborhood responds by chanting the names of other victims of police violence.

walk the pigs once around the park
they're looking for a fight
don't give it to 'em
don't give 'em anything they want
no more donuts, no more pizza
pigs out of odessa
get your asses off the green grass
and while you're at it
eat all of that horseshit

No entry today, as I killed my pen—Bic Crystal, natch—and had to mourn.

I don't read a lot about music anymore, but I was really enjoying Event 2, so I thought I'd look up its reviews. I saw one that said, in part, "this hip-hop concept album has bad skits and a plot that is obscure and hard to follow", which I found deeply notable, as it seemed to identify a record using genre descriptors, and then be disappointed when the features of the genre—dumb plot on a concept album, bad skits on a hip-hop record—actually showed up on the record. But whatever: bad skits are bad skits, and can be called out, and it's true that Event 2 is maybe a little shaggy, story-wise. The review also claimed, though, that the song "Nobody Can" was unclear. To be clear: the album is about music saving the world, and the chorus is "Deltron is our hero, if he can't do it nobody can". This ... doesn't seem that complicated. But, hey, nobody asks ME to review records, so what the fuck do I know about anything.

Posted by Fat Contradiction at 5:51 PM No comments:

HEAVY TUNES: Records I Listened to the Last Couple Weeks, As Of June 19, 2020

Rough Couple Weeks ... At Least We Have Music

June 13: Apparently, we're getting funky (while cooking a bunch of food)

This was a hellacious work day. The only time I had for music is after I got back to my place, exhausted and scraped clean, needing to cook some food and pass out. I spent quite a while making vegan "hot wings" out of cauliflower and more than half a cup of Sriracha, and it was messy, lengthy, and pretty great. Comfort music helped a lot.

Experimenting with funk and things with as few words as possible has been really helpful and heartening, even if I should probably just be listening to Tangerine Dream and munching edibles all day.

June 18: A Certain Craving for Novelty

Posted by Fat Contradiction at 11:14 PM No comments:

June 2: you can probably guess this theme

Posted by Fat Contradiction at 10:26 PM No comments: 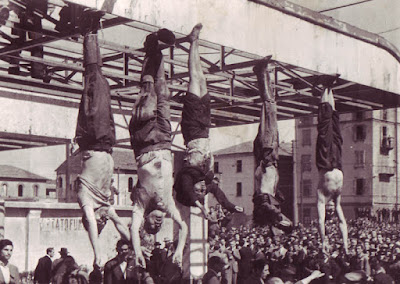 Today's theme was escape. But there isn't any escape right now.

Friday's theme was "Get Loud".

Posted by Fat Contradiction at 11:10 PM No comments: