Great Urinals of the Pacific Northwest 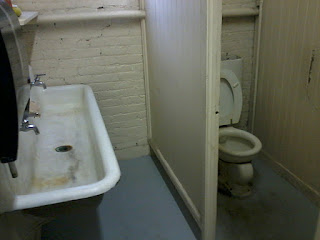 City Liquidators.
Posted by d.d. tinzeroes at 2:46 PM No comments:

Great Urinals of the Best Coast 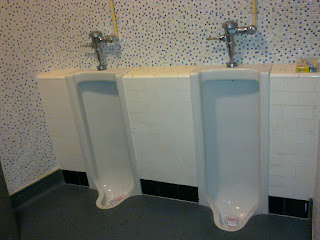 Oakland, WHUT.
(Another hit by uncle C. Collision)
Posted by d.d. tinzeroes at 7:38 PM No comments:

Great Urinals of the Pacifi... 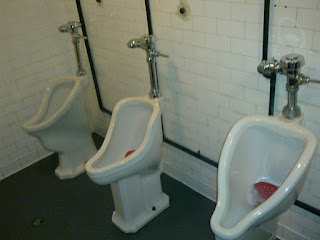 Great Urinals of the Left Coast? The Western Seaboard?

As with anything, there is bad news, and there is good news. Since all of the good things are paramount, let's burst out the bad riffraff first: The 21st Century's debut album, The City, is far too short. Six tracks of radiant resonation leave you craving more of this octet's spirited approach to music making. On to a discussion of the good news, which is just how authentically rich The City, and The 21st Century as a whole, are. 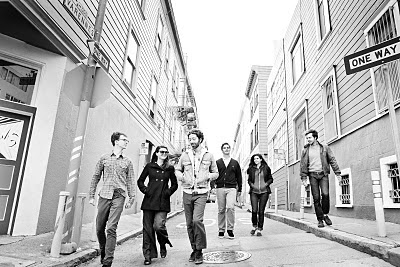 From the beginning, The City nestles into your being with purpose, starting with "The City is My Sweetheart"; a love song that transpires as a day through the city—but not with romantic rose-rimmed glasses—instead with folksy-flair and tambourine. The banalities and realities of daily life are noted, yet still the tauntingly hopeful words of "Here I am, what you got to show me?" brightly ring out, offering the desire for what we all want: the chance to experience the existing world as truthfully as possible. And the best part is that The 21st Century is right: there is wonder, mystery and excitement even when all you have is yourself and the city.

Lacking irony and performed in genuine earnest, each song, from "Jigsaw Paws" to "The Parisian Translation" to "The Good Things", convinces you that hope is of the essence of life—not through lyrics, but through the movement across the keyboards, the four-part vocals that smooth their way into your mind, the steady beat, and the warmly appealing horn harmonies that create a sense of familiarity and trust with the musicians.

Thematically throughout the album, the lyrics point to the simple truth that the world sometimes feels asleep and we're stuck in a tumultuous experience of not fitting in, but within all this is an uprising. As lamentations of being an adult are belted out, all you want to do when listening to The City is flick your wrists, sway your shoulders, and fire up your toes: In other words, dance.

My two favorite tracks, "Funeral March (The State of Our Parade)" and "We are Waiters", align themselves with the rest of the albums' features—seamlessly and energetically bringing to light a love of life, a realization of reality, and yet enthusiasm for what we are and what we have. Listening to The City, it's as if this octet is keenly aware that they get what everyone else gets: a lifetime. Despite what we're offered, we can make the best of everything. And The 21st Century certainly did.

What makes me say that? Well, it's the story behind The City being mixed and released. Belting out lyrics such as "Oh ain't life a tease" with authentic earnest instead of irony wound up foreshadowing the past year of their existence. 2011 was devoted to traveling to Texas to record their first album, their legendary producer mixed away their musical integrity, half of the original band members left in pursuit of new dreams, and the band had to choose whether to define who they were on their own terms or follow his lead down a path of pop-laden, repetitive tune-making.

Thankfully, even though the band deviated away from their original producer and his pop-aspirations for them, The City still came to be, and with the high-spirited melodies, off-beat lyrics, intricate rhythmic arrangements and a definitively dynamic horn section they are known around the San Francisco Bay Area for. Is it pop? God no. It is music with meaning, soul, and laborious passion. And darn it, it's freaking good.

Posted by Fat Contradiction at 6:28 PM No comments:

If I were to pitch two stakes at each of the furthest ends my cinematic taste reaches, one would represent the prosaic dramatization of everyday human nature and the other would mark sensuous escape into the fantastic. Or, I look to either be deeply moved or taken for a fun ride; yet, I rarely expect to find a movie that delivers both at once. 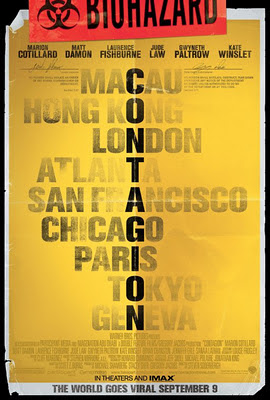