Every Song on Every Rush Album Worth Listening to, Blurbed


A Farewell to Kings

Posted by Fat Contradiction at 4:31 PM No comments:

When I was a young kid, like most young kids, I had a dad. And like most dads, he had a lot of things I wasn't allowed to touch: a stereo receiver; a turntable; a wooden orange crate of records; a reel-to-reel tape deck.

Obviously, most of my early memories of being left alone revolve around playing my dad's records.

For some reason, I gravitated to a couple covers. 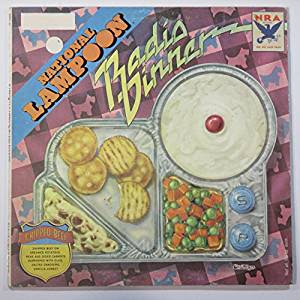 And that's why, at somewhere in the neighborhood of 10, in 1984 in a shitty rented house in Kansas, I started wallowing in unbelievably weeded-out in-jokes about Nixon and Watergate. (A couple Doonesbury compilation paperbacks lying around the house helped me understand what the jokes were about, as did living in a fiercely pro-Geraldine-Ferraro house, in a fiercely pro-Reagan state in a virulently pro-Reagan country.) Mainly, of course, what allowed me to crack the code was listening to the records again and again, just burning them into my brain by the unsubtle magic of repetition.

And by so relentlessly placing myself into these bracing winds from the 70s, I think I grew a unique insight into our current situation, as terrifying and awful as it is, because this current situation is a tragedy, based closely on an earlier farce.

Which brings me back to the National Lampoon album, Missing White House Tapes. That's what I want to talk about right now: that farce (not the farce my parents endured, nor the tragedy we're preparing to weather now). In particular, I want to talk about Side Two. (Side One is ... interesting, but you have to smoke a LOT of weed to appreciate its highly abstract, formalized audio-collage work, and some of the references are absolutely incomprehensible unless you lived through the actual period. Some great dick jokes -- appropriate for trying to abuse Dick Nixon -- though.) So. Side Two. You can listen here (start at 17:22):

It's a masterpiece of the comedy album form: simulating the experience of half-idly flipping channels but always returning to the central show that's on, which is network TV coverage of the Impeachment Day Parade. Complete with stuffed shirt network weenies narrating the events, fatuously. Interludes include a wonderful Sesame Street parody pitting bumbling buffoon "Big Dick" and his greedy, ravenous friend The Shredder Monster as they try to explain the difference between 9 (original tapes) and 7 (turned over tapes), and between "lying" and "misspeaking yourself" and "falsehoods and inoperative statements" and "taking responsibility and taking the blame" and "withholding evidence and protecting the presidency". It's a wonderment that results in a chipper, chirpy public-television voice teaching the children to say "Shit. Shit! Big Dick! Is full! Of shit!"

A lesson that has resonated every day since 1984, and should reverberate more and more powerfully and awfully in the days to come.

Anyway, my goal here is not to liveblog my sixth listen to this album in the past four days. Merely to urge you and yours to listen to it, because it clearly lays out a sick, stunted, depressed best-case scenario for our immediate future.

I'll leave you with a quote from our network TV puppets, watching the floats go by in the Impeachment Day Parade:

WALLACE GLADSTONE: Barbara, I know for you, there were many moving moments, if you'll pardon the alliteration (chuckles). Perhaps you'd care to describe one or two of them to our viewers.
BARBARA MERKIN: Well, the strangling of the bald eagle was IT for me.
WALLACE: It was thrilling. Of course, the effigy-burning... And now, here's a contingent of our heroic POWs, many of whom spent years in prison in Hanoi courageously resisting the persistent efforts of their North Vietnamese captors to brainwash them into thinking that the United States is run by a tiny clique of criminals, dominated by powerful business interests, bankrolled by huge, monopolistic corporations, working hand in glove with the CIA in a campaign of intrigue at home and abroad.
BARBARA: Jesus, why did they bother?
WALLACE: Oh, I don't know, Barbara.
...
WALLACE: Well, that's about it for America's day of shame. The president has been officially impeached, and the eternal microphone has been switched on as the CIA brass band plays Wiretaps. But, Barbara, this is not only an historic moment, it's also a personal one. What has impeachment meant to the little people? The ordinary, simple people? You, for example, Barbara.
BARBARA: Well, Wallace, I just don't think the American people should in any way be ashamed of this tragic occurrence. Although a bunch of bleeding-heart do-gooders have used constitutional force to do away with our beloved president, this country is still founded on the age-old traditional values of bribery, violence, and assassination. And just because there are a few good apples in the barrel, doesn't mean that the vast majority aren't rotten through and through.
WALLACE: Okay, good thinking, Barbara.


Anyway, as we sink back into the 70s I think a lot about declaring certain statements inoperative, about tiny cliques of criminals, about strangling bald eagles at parades for Impeachment Day. I think about my dad's records, and talking to him in quotes from the dumb records we loved. I think about the last conversation I had with him, not long before he took his life. I think about the 70s, about where we were, about where we are, about the ways it's hard to tell the difference, and the ways it's easy. About the ways things are broken and the ways we might yet fix them. Some of them, anyway. And I miss my dad.

Posted by Fat Contradiction at 12:04 AM 2 comments:

Email ThisBlogThis!Share to TwitterShare to FacebookShare to Pinterest
Labels: I Don't Even Own a Television, IDEOTVPOD, it is never not the 70s, National Lampoon, Richard Nixon
Newer Posts Older Posts Home
Subscribe to: Posts (Atom)