Ed note: This is my original FreeDarko final post. Shoals' call had been for one paragraph, so I went long-winded, and he broke it in a place I misliked at the time. He was probably right, though, and in the end, I'm more unhappy with the piece I wrote than I was at the time with his edit.

I remember when we shared a vision, you and I.
--the Mountain Goats, "Estate Sale Sign", All Eternals Deck, 2011

I'm not even sure I should be here. I'll bellow about having been a fellow traveller, but in point of fact I contributed exactly one piece to the FreeDarko oeuvre, and it came at an end-stage moment, when the site qua site could probably best have been described as "moribund" (neither dissing nor dismissing the many triumphs of Yago Colas). I know it is neither appropriate nor accurate to bemoan the shutdown frozen loss of the site: young men with free time become married men whose musings need to turn into words that can be exchanged for cash money, and I do not begrudge that (of the men, anyway: the world yet must answer for its wrongs). I do not begrudge it and yet I fear that the FreeDarko content (superstructure)--spread out into the wider world, perhaps not even tendrils anymore, perhaps just diffuse, atomized...vibes--will suffer from not having a hub (base). The smart and wise components of FreeDarko are in the world, to be sure, and sure they comprise a genre won't be lost. My fear is that without a locus and emblem, the genre'll end up more marginalized and largely forgotten power pop, rather than here-vital, there-misappropriated punk. There's no retreat or surrender. The future will always hold a space for making a detailed and passionate case for interpretation and analysis beyond brute wins/losses, for arguing that these athletic exhibitions can mean on levels biographical and historical, for championing engagement beyond jingoism, for all the intelligence and joy, all the ferocity and levity, the in-group pandering and the friendly winking, for strident insistence and patient hints and for, maybe most of all, celebrating overlooked wonders in the face of the oppressive hegemonic dullardry that constitutes most public talking-and-thinking-about-sports. There will always, always (now) be a space for FreeDarko. But there are things only happen on the playground and never in the marketplace. That's why I'm frankly angry and sad about the closing off of the FreeDarko site as a venue for FreeDarko work. Maybe I shouldn't be here on this day, but this is a funeral, and you can't ask me to act like it isn't.

Posted by Fat Contradiction at 2:19 PM No comments:

it's not my imagination

"A gentleman carries a pocketknife."
--Chris Collision Fat Contradiction, talking to one of the three cops it took to pull him over in Shasta County, late 2010

Not sure when it started, but I've had a knife in my back pocket for years upon years. (We'll pass over in silence those awkward years where, like a common Rush fan, I had a Leatherman & a flashlight on my belt all day every day.) Many of these years, it's been one or another Swiss Army knife. They're ubiquitous, not terribly expensive, and seem a little classier than your Gerber or your Benchmade. 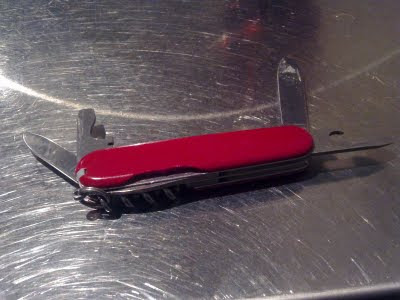 As someone, then, with such extensive experience with blades, their use, care, and meaning, I feel uniquely qualified to solve this massive problem: the loss of the toothpick/tweezer.

Posted by Fat Contradiction at 2:37 PM No comments:

what do you mean I never write about the NBA anymore? 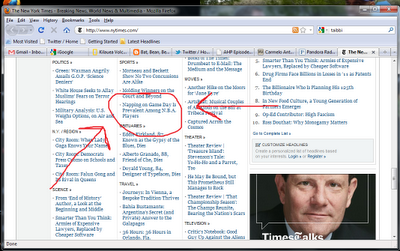 (There are many O many ways to emerge from a dogmatic slumber.)
Posted by Fat Contradiction at 3:36 PM No comments: