The Most Hollywood Un-Hollywood Movie Ever Made

Last night, an acquaintance of mine invited me to attend a theatrical screening of a 35mm print of Mulholland Dr. (2001, David Lynch) and I immediately decided this was something I could not pass up. My previous encounter with this challenging narrative, from quite possibly the most challenging auteur to tread the boundary between commercial and arthouse, from both within and outside of Hollywood, simultaneously, was about 10 years ago. A longtime David Lynch fan, I'd always gone out of my way to actively engage with his works, in my own way, finding my own meanings. Then, I kind of got burnt out after Inland Empire (2006, Lynch) and walked away for about 5 years--until last night.

So, I used to try to figure out what Mulhollalnd Dr. was about. Then, I decided that was no use. After returning to this film, 10 years wiser about life and with a recent BS in film production added to my cinematically analytic arsenal, I think I'd like to give another shot at attempting to explain what I think Mulholland Dr. is about--my apologies to David Lynch, as I assume he discourages this type of discourse. 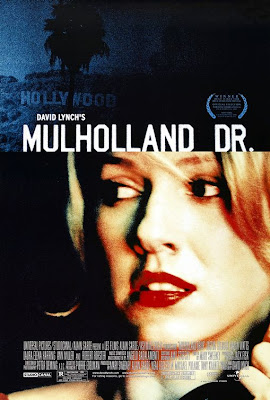 I had half an idea what I was in for when I bought my first Swans tape. You knew, if you were a record nerd, even if you were just a high-school weenie like me, that the Swans were serious business, scary stuff.

The tape--TIME IS MONEY (BASTARD)/A SCREW, apparently a pair of singles--was as "relentless" and "oppressive" as advertised. I found it exhausting. There was a wall of sound, it was featureless and impenetrable, but everything sounded the same. It seemed perfect that the lyrics in the J-card were all-caps punctuationless blocks of text: no nuance there, either.

It's a safe bet I still have that cassette tucked into one of my half-dozen fossil tape racks somewhere in my storage space; it's a decent bet that I haven't actually played the thing since the years still started "19". But not long after I picked up that tape (and put it down in favor of The Mind Is a Terrible Thing to Taste, which had funny samples and sex-free violence) I do remember being struck by the note-perfect cover of "love will tear us apart" and the groany dirge "god damn the sun". (I actually loved that last one so much I went off and wrote my own groany dirge whose first line was "god damn the sun"...)

After that, I was mostly busy cordially kind of ignoring the Swans. I didn't have any particular use for deep-voiced mourning ragers with weird sexual politics and an outsized sense of personal drama, even if they had once been in a powerful and inflential noise band. But enough of Nick Cave: I wasn't that interested in the Swans or in their prime mover Michael Gira for many years.

But, then, a couple weeks back, I was, as is my wont, cooking some vegetarian slop and doing pushups in the kitchen while listening to KALX. There was a longish interview with Michael Gira, and it was a damned compelling interview: most notably, he displayed an actual sense of humor, and I swear at least one time he made a joke at his own expense. I know. I hollered at Noodles to see if she were interested in hitting up the show. Basically ready anywhen to see whatevs*, she speedily acquiesced. Bonus--the oft'-heard-of-him figure Sir Richard Bishop was set to open!

The couple-three Bishop songs we caught were terrific. Improvised guitar noise, atmospheric and still purposeful. And his goth-baiting between-song banter found an appreciative listener with this reporter.

Gira came out slowly. Grey suit, huge Stetson. Deliberate steps around the stage, impossibly lengthy guitar tuning process. Great American security types bustled about, hustling to inform front-row types that "Michael has asked that there not be any phones or cameras". 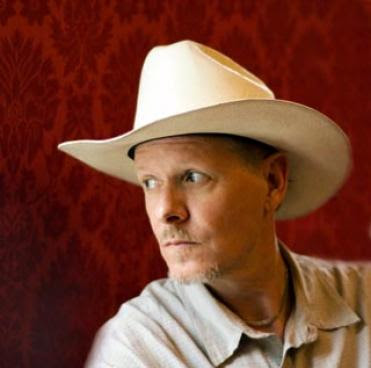 A couple songs in, Noodles turned and whispered "I'm terrified of this guy." To that point, he'd been incredibly formal, extremely reserved. Just him, some baritone grinding, an acoustic guitar. Not a lot of banter, but a bit. Until the crowd started to want to be a little more part of the show than just party to it. One guy asked "Hey, play a song for my grandpa. He just died." Gira muttered "I'm sorry to hear that." and there it wasn't left, because audience dude had to follow up his mouth with something that led Gira to slowly elaborate "I don't have any special power...I'm just up here doing my work..." followed by what I can only speculate was the least appropriate "song for my recently deceased grandfather" ever written--unless your grandfather was into heavy drugs and bad sex.

I made some crack about wanting to do my own interview with him, just to ask how you handle playing shows for people almost completely devoid of a sense of humor; Noodles trumped me instanter by noting "with mean disdain". Which was robustly confirmed when somebody shouted for Gira to move his massive Stetson off of the mic stand he'd propped it on, apparently blocking somebody's view. "Fuck, why don't you move?" wondered the seated singer.

Later, during an introductory guitar part, he half-smiled through a "Shut the fuck up. No, seriously...shut the fuck up. I'm singing up here." that received some titters, a couple nervous smirks, and me making a thoughtful frowny who's-in-the-right-here face. (Who is in the right? the diva look-at-me guy or the inexplicably yakky drunk shithead?)

"Fuck you, man. Fuck. You people don't care about me."

Around here Noodles nailed it (again): "This is a good show for an audience of submissives."

Exactly. The songs were mostly fine, though suffering somewhat from a lack of musical variety and a lyrical perspective heavy on will-to-power my-wounds-are-the-worst-wounds egocentricity. Much prefer Gira's style to the aforementioned Cave's, though, and the performance did come with a charisma that absolutely compelled attention even through the not-my-favorite music and frankly icky audience/artist interaction dynamics.

If Gira comes to your town, buy a ticket. Stand up front. Have an extra drink to open up the emotional pores. Leave your phone at home.** Remember that the show isn't actually about you, even though you're there. And enjoy. We sure did.

--Fat, more of a crypto-hippie aging rocker, not so much a goth

*Srsly: I've dragged her to Red Fang, Fucked Up...
**You can go ahead and do that at all the shows, actually.