Open Up and See (a review of THIS MOTHER FOREVER, a single by Fucked Up)

Fucked Up has since spring of 2010 figured to me as something like COMPLETELY UNSTOPPABLE FORCE OF MUSICAL GREATNESS. I started with a copy of Epics in Minutes that didn't work for me, much, but Hidden World and Chemistry of Common Life thrilled me: loud pounding rock with big hooks, mysterious lyrics that touch on all my favorite themes, a cool visual identity with a sigil symbolizing the band, consistent album covers, weird names for the band members—basically, Fucked Up was a Blue Őyster Cult for people who wanted easier music and a more complicated relationship with the spectacle. Naturally, I was completely invited and fulfilled by all this: the powerful music and the thoughtful packaging. 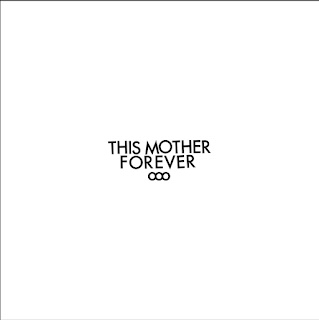 When David Comes to Life came out, it brought all of the above, plus songs I knew instantly, production that buckled my knees, and that strange magic of chords / melody that puts tears in my eyes involuntarily. (See also: Dead Moon (frequently); Andrew Cashen / Sabrina Ellis (occasionally); a few others (extremely rarely).) It was, and is, one of the great rock records. The band had perfected its moves: speed, shouting, fast repetition.

Then, they got weird. They'd been doing long-song EP releases, based on the Chinese Zodiac (no, really), in which they moved away from their mastery of short/simple rock songs with punk vocals, and began experimenting with overwhelming with scale, not just volume. I started with Year of the Pig, an 18-minute tune with essentially one part, played loud, played soft, played over and over again. The sheer size of the song gave the band a new kind of intensity, ebbing and flowing, not just hitting it and quitting it, and the rhythm almost ... swung. To put it a slightly different way, Fucked Up here stopped being BŐC and started being Hawkwind. And it was very, very good.

They were adding new tricks: length, droning, quietness, new instrumentation, playing slow. Year of the Hare consolidated those new tricks, at least on the B-side, "California Cold"; on the A-side, they took a long, coherent song and gave it the William Burroughs random-cut-up-and-shuffle-and-reassemble treatment, for no reason I have been able to understand. When I can piece together the actual song behind this treatment, it appears to be about as good as Pig.

Then, they ran out of songs: Glass Boys just never clicked with me. When it's playing, it seems fine, and I have convinced myself half a dozen times that the songs were finally sticking in my head, but it never lasts. Then, they ran out of tricks: This Mother Forever is the same thing as Hare, a good/great song (more of the same) occluded by production / presentation moves like "let's not start the song for the first minute-fifteen of its fifteen-minute runtime" and "let's fade it out about 45 seconds before it actually ends". That said, the noodly guitar / feedback / soundscape that opens the song is atmospheric and pleasant; the louder groovy (again) psychedelic part that goes another 30 seconds is a lot of fun; and when the vocals kick in at around 5:45 ...

The band clearly needs the listener to take seriously its attempts at inversion and appropriation, trying to make you think about gender roles and the standard voice heard in a song.

But there's two problems. First, Fucked Up appears to have written the same lyrics about a half-dozen times, so these lines feel pretty familiar. Second, this time around, the alchemical themes and revolutionary fervor just completely fall flat, due mostly to a chanted vocal that keeps resolving into the exact cadence of the nursery rhyme that runs

There's a B-side: it's 30 minutes long, and "features Nunavut singer Tanya Tagaq", and it mostly taught me I don't like throat singing, so I haven't played it after the first run-through.

Posted by Fat Contradiction at 10:02 PM No comments:

If you're into easier, less rewarding modes, you could correct both of these mistaken notions simultaneously by reading historical accounts of the process of recording Dylan's "Like a Rolling Stone", probably as responsible for the award as any other single song:

Tom Wilson invited Al Kooper to stop by the next day's session simply to watch, but he had far bigger plans. "Taking no chances, I arrived an hour early and well enough ahead of the crowd to establish my cover," he wrote in his 1998 book Backstage Passes and Backstabbing Bastards. "I walked into the studio with my guitar case, unpacked, tuned up, plugged in, and sat there trying my hardest to look like I belonged." Soon enough, [British blues player Mike] Bloomfield walked in and began practicing. "[He] commenced to play some of the most incredible guitar I'd ever heard," Kooper wrote. "And he was just warming up! I was in over my head. I embarrassedly unplugged [his guitar], packed up, went into the control room, and sat there pretending to be a reporter from Sing Out! magazine."

With Kooper in the control room, the same group from the previous day launched into "Like a Rolling Stone," though with Paul Griffin moving from organ to piano. Kooper knew so little about the organ that he didn't even know how to turn it on, but he was desperate to play on a Dylan song and when a distracted Wilson didn't give him a firm "no" he walked into the studio, sat down at the instrument and was delighted to see Griffin hadn't turned it off. "Imagine this," Kooper wrote in his book. "There is no music to read. The song is over five minutes long, the band is so loud I can't even hear the organ, and I'm not familiar with the instrument to begin with. But the tape is rolling, and that is Bob-fucking-Dylan over there singing, so this had better be me sitting here playing something."

Wilson may have been shocked when he saw what was happening, but Dylan dug Kooper's sound and asked for the organ to be turned up. "You can hear how I waited until the chord was played by the rest of the band before committing myself to play in the verses," Kooper wrote. "I'm always an eighth note behind everyone else, making sure of the chord before touching the keys." The unique style of playing not only gave the song a signature component, but it also introduced Dylan to a musical collaborator he would return to time and time again in the coming years.

In "Like a Rolling Stone", the organ is an unmistakeable carrier of meaning, and it was an accidental, improvisatory addition. Occluding these facts is one consequence of Dylan's Nobel.

Posted by Fat Contradiction at 4:53 PM No comments:

Knock Knock (a review of MARKED FOR DEATH, a record by Emma Ruth Rundle)

"Fuck you, you don't exist, so you can't be knocking.  I hereby banish you to the realm of non-existence." 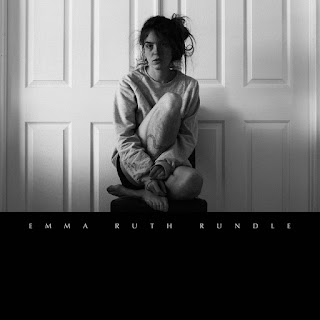 Posted by Fat Contradiction at 11:32 PM No comments: