PEN 15 Club 2: more on the Sharpie(r)|Pen., questions posed and answered

Well, I knew this would happen. When you say something as controversial as I did yesterday—"the Sharpie®|Pen. implement is pretty okay for writing things with" was merely the felt tip of my offensive offensive—you're going to have to expect pushback. And pushback I have from Pen Internet and elsewhere received.

I'm confused as to how these Sharpie Pens are different from the Sharpie fine and Ultra Fine markers. Is there a ball or different ink release system? I know that you've used those others I've mentioned, so I'm curious as to what makes it different/more pleasing.

I have a bunch of conflicting emotions about pens. My trusty Micron is great for small missives, but if I truly want to make a statement I have a Sharpie in a holster. I tried the double tip dueling fine point/regular Sharpie, but hardly used the fine point. Turns out, I only use the Sharpie for making signs or responding to analog social media. There are a number of other instruments in my pen-theon which I will leave until another entry on which to elaborate.

"Pen-theon" is pretty good, though, so kudos for that. To address these wild accusations: I did not explicitly compare the Sharpie®|Pen. to the more common Sharpie "permanent" marker, for two reasons. First, I am a MarksALot man**, and brand loyalties are important***. Second, I mostly write on paper, and people who use Sharpie markers to write on paper make me uncomfortable (nervous, irritable). I have tried this, under the occasional influence of one disreputable brute or another, from time to time, and the overwhelming experience is one of bleed-through, of paper more ruined by ink than (ad-)dressed by it. The hand feel of a Sharpie marker is also completely vile: chub-stubby and slick—no, thank you!!

Recently I uncovered a smallish cache of the small-tip Sharpie markers, and attempted to deploy them to label presents. Stolen from work a job ago, they had all gone dry, nestled patiently in my art silo. The metaphor is, of course, clear.

The tip question posed by Pierre Idiot Trudeau is easy enough to answer. The Sharpie®|Pen. boasts a standard protrusive cylinder felt-tip, no ball to be found, basically the same format as the Micron art pen. The Sharpie marker, of the small-tipped variety, does, I believe, incorporate a ball encased by a plastic cone (among its other failings)****, whereas the more common "fine point" marker is a thick, slab-like cone of felt. 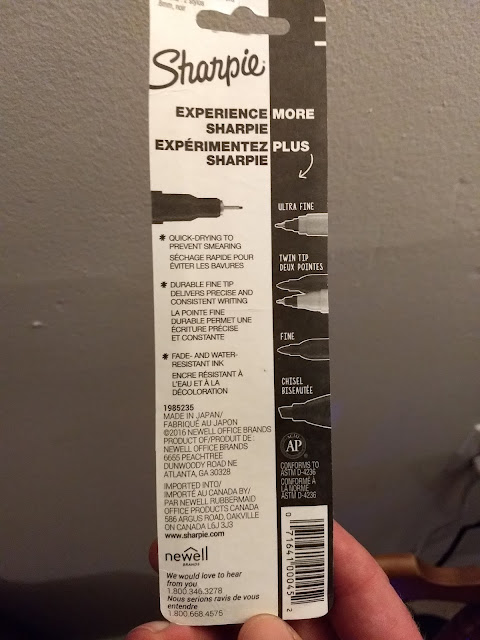 (Note here the tip propaganda of the manufacturer, included so that we may better understand not what to think, but what we are wanted to think, by those who are not our friends.)

****I can't verify this, because I took all the ones I had and threw them in the fucking garbage, where I assume they remain, sucking shit. I took a long look at Sharpie dot com, and could not find the sort of pen I am remembering. After additional research, I have come to believe that I may have been remembering not a Sharpie, but an Expo Vis-à-Vis dry erase marker of some sort, or a Sharpie equivalent. I fail to see how this minor error in identifying the tool I was using could in any way invalidate anything I have said about the experience of using the tool. :( 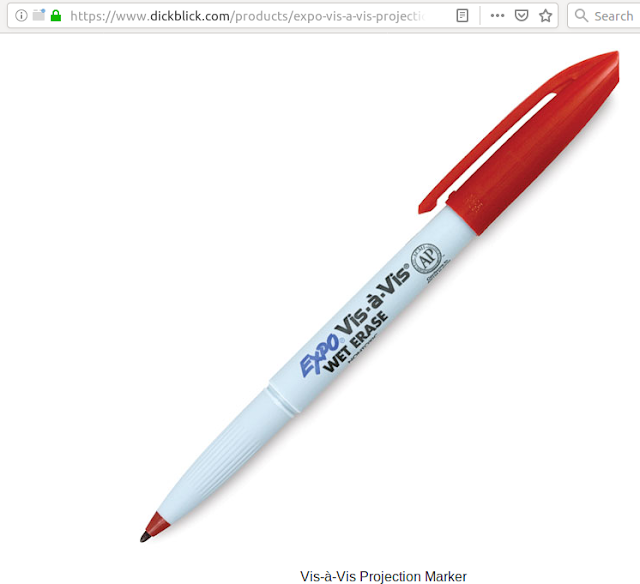 (I don't even like looking at these hateful objects.) 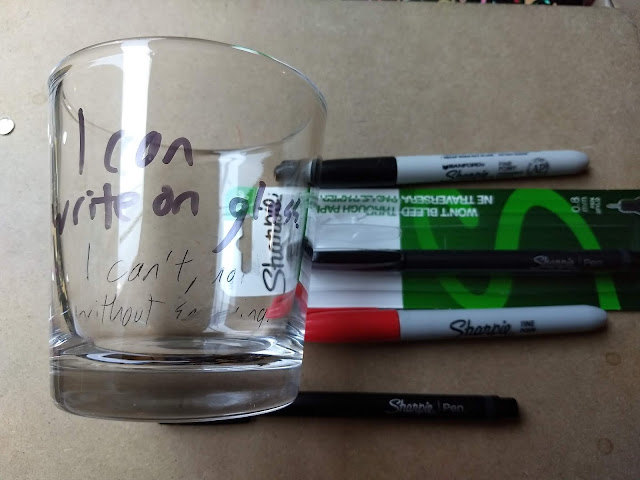 So. To recap, always a good thing to do with your pen:

Of course, Pierre Idiot nor his campaign were finished.

I have specific pen/marker/highlighter needs/opinions based mostly around the paper that's getting written on. I petitioned my boss - unsuccessfully - to allow us to buy the one step up paper that we used to buy because it "feels better to write on". This was met mostly with eyerolls, but a bit of sympathy from the very same people.

Indeed! Sadly under-recognized, except by the attractive geniuses who read this post, is the vast truth that: The Paper ... Makes the Pen. The barrel matters regardless of surface, but the pen's contents and tip are wildly at the mercy of whatever you're planning to rub them on! This is one reason an ultimate pen, much like an ultimate morality, can likely never be discovered. As for your boss, I recommend collective action and concerted activity. Be unwavering in your demands, unstinting in your efforts, and unquenched in your desire for total victory (read: slightly better office supplies). You might try framing it as a workplace safety issue, if you can. "Paper cuts are causing paper cuts" is a slogan I can hardly imagine meeting with anything but immediate boss capitulation.

Now, if you want to talk highlighters, this here is the gold standard. Smear Guard ® 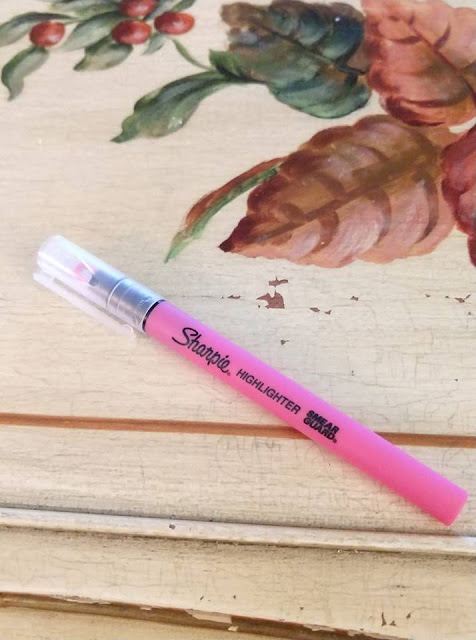 I didn't, but thanks for the input.

That bit about "childishly" was a joke.

Posted by Fat Contradiction at 3:12 PM

Email ThisBlogThis!Share to TwitterShare to FacebookShare to Pinterest
Labels: hands are more than a way to interface with a controller, I have a problem, overanalysis, packing, pen 15 club, retail, The Mysterious Ways of Revieweria, work

Well, you've answered my question, but not without considerable cost to my good name.

Smear guard was my favorite character in Tolkien!